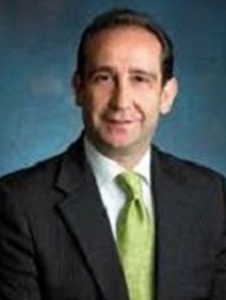 Hailing from Salerno on Italy’s Amalfi coast, Cavaliere Giovanni Viterale, General Manager of The Fullerton Heritage first arrived in Asia in 1994. A hospitality industry veteran whose career spanned 15 years in Hong Kong prior to relocating to Singapore in 2010, Cavaliere Giovanni was knighted on 26 August 2016 with the Order of the Star of Italy (Ordine della Stella D’Italia). The conferment ceremony was held at the residence of the Ambassador of Italy Paolo Crudele.

Bestowed with the honor by the President of the Italian Republic, Cavaliere (Sir) Giovanni joins a distinguished group of fellow Italians worldwide who have been recognized for their efforts in facilitating the promotion of friendship and cooperation between Italy and Asia.

In Hong Kong, Cavaliere Giovanni was Resident Manager of the Conrad Hotel Hong Kong. Following this stint, he moved to Singapore as a General Manager of The Fullerton Heritage. Under his leadership, The Fullerton Heritage – a waterfront development that comprises seven historic and modern landmarks – has received numerous international awards for service excellence and heritage preservation.

For leisure, he enjoys traveling and outdoor sports such as tennis and swimming. He is also an avid collector of exquisite cufflinks assembled from his travels. Apart from English and his Italian mother tongue, Cavaliere Giovanni is also fluent in French.