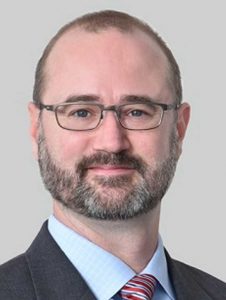 Nate focuses on internal investigations, regulatory proceedings, compliance counseling, and disputes involving antitrust and competition, fraud and corruption, and international trade policy. He relocated from Washington, D.C. to Asia in 2004 in response to escalating enforcement of the U.S. Foreign Corrupt Practices Act (FCPA) and domestic antitrust laws across the region.

He practiced in Beijing for 8 years through 2012, and now covers the region from DLA Piper’s Singapore office. He has advised conducted investigations throughout Asia, and he regularly advises clients on antitrust and compliance aspects of complex transactions in the region. He is experienced with the specific regulatory risks of diverse industries in Asia, including the technology, media, telecommunications, semiconductor, life sciences, oil and gas, mining, aviation, heavy manufacturing, and retail sectors.

Nate frequently publishes and speaks on competition, corruption, and trade policy issues in Asia, and co-authored the China chapter of the ABA treatise on Competition Laws Outside of the United States.

Nate is graduate of Harvard Law School and the University of Virginia. He was actively involved in legal policy issues at the American Chamber of Commerce in China, serving as Legal Committee Chairman in 2008 and as General Counsel from 2009 through 2011.